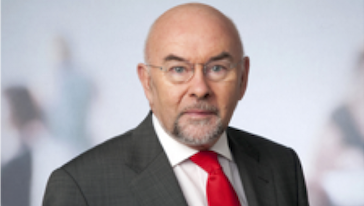 Ruairi Quinn was an Irish Labour Party politician. He was a Teachta Dála for the Dublin South–East constituency. He wrote a book “Straight Left: A Journey in Politics” and attended Athens School of Ekistics (1970–1971). TD Quinn held at least 4 ministries which included Defense, The Ministry of Enterprise in the 80’s, the Minister for Finance 94 to 97 and the Minister for Education from 97 to 2002. Ruairi Quinn, T.D., former Leader of the Labour Party, has served as a public representative in Dáil Eireann (Irish Parliament) for over 25 years and he has also served as a Senator in Seanad Eireann (Upper House). He led the Labour party for five years from 1997 until 2002 having been deputy leader for the previous 7 years.

Education: fundamental to a country’s future