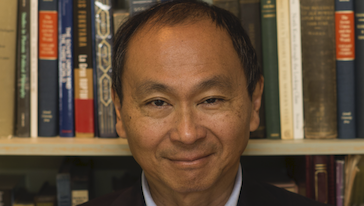 Francis Fukuyama is the professor at Stanford University and the Director of Stanford’s Masters in International Policy Program. Fukuyama has written widely on issues in development and international politics. His 1992 book, The End of History and the Last Man, has appeared in over twenty foreign editions. His most recent book, Identity: The Demand for Dignity and the Politics of Resentment, was published in Sept. 2018.