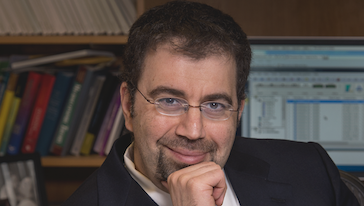 Acemoglu is the Charles P. Kindleberger Professor of Applied Economics in the Department of Economics at the Massachusetts Institute of Technology and a member of the Economic Growth Program of the Canadian Institute of Advanced Research. His research covers a wide range of areas within economics, including political economy, economic development and growth, human capital theory, growth theory, innovation, search theory, network economics and learning.

He is an elected fellow of the American Academy of Arts and Sciences, the Econometric Society, the European Economic Association, and the Society of Labor Economists.

Acemoglu has received numerous awards and fellowships, including the 1996 Economic Journal’s best paper award for his “Consumer Confidence and Rational Expectations: Are Agents’ Beliefs Consistent with the Theory?” the inaugural T. W. Shultz Prize from the University of Chicago in 2004, the inaugural Sherwin Rosen Award for outstanding contribution to labor economics in 2004, the Distinguished Science Award from the Turkish Sciences Association in 2006, and the John von Neumann Award, Rajk College, Budapest, in 2007. He was also awarded the John Bates Clark Medal in 2005, given every two years to the best economist in the United States under the age of 40 by the American Economic Association, and holds an honorary doctorate from the University of Utrecht.