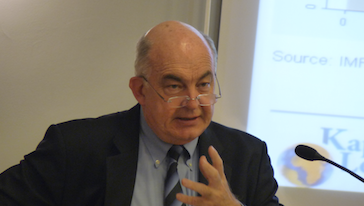 Kemal Derviş is the Vice President and Director of the Global Economy and Development Program at the Brookings Institution. Until February 2009, he was the Executive Head of the United Nations Development
Programme and Chair of the United Nations Development Group, a committee consisting of the heads of all UN funds, programs and departments working on development issues at the country level. In 2001-2002, as Minister of Economic Affairs and the Treasury of Turkey, Derviş was responsible for launching Turkey’s successful recovery from a devastating financial crisis. In 1996-2001 Derviş was the Vice President of the World Bank for the Middle East and North Africa and the Vice President for Poverty Reduction and Economic Management. He focuses on global economics, emerging markets, development and international institutions.

The structure of the world economy and the interaction between overall world growth and development has been changing. The great crisis of 2008 underlined global interdependence. It is also clear, however, that many developing countries weathered the crisis much better than many advanced countries. Looking ahead, are we finally entering the age of convergence? Which factors are going to cause convergence or divergence? What do these structural factors imply for development cooperation, the pursuit of the MDGs and global economic cooperation?

In his lecture, Dr. Kemal Dervis shares his perspectives on the world economy and shows the role of emerging markets in the new world economic order. How emerging market economies weathered the crisis much better than the advanced countries, how most of these economies have bounced back rapidly from the 2008 crisis.

To start his lecture Dr. Kemal Dervis refers to three quotes and wonders if they still reflect the reality of the economic situation:

– The second one from Pr. Elhanan Helpman in 2004: “Although the differences in income per capita among rich countries have declined in the post-World War II period, the disparity between rich and poor countries has widened. At the same time the number of middle income countries has dwindled. We now have two polarized economic clubs: one rich, the other poor.” in [The Mystery of Economic Growth];

– The third and last one from a foreword by Angel Gurria, from OECD report “Perspectives on Global Development”, 2010: “This Report shows that the ‘rise of the rest’ is not a ‘threat to the west.’ Overall it is good news for the global economy”.

Using the GDP indicators, he demonstrates that the sets of figures prove that the emerging markets have gained weight more rapidly than the advanced countries.

He compares the ratio of per capita income of the richest countries compared to the ratio of emerging countries. The income gap started to widened during the 1990’s, going from about 2 to a peak of about 4 in the past two years in favor to the emerging markets. This trend got interrupted by the Asian crisis, but continued until 2008 and it is now at an accelerated rate and Dr. Kemal Dervis declares this trend will continue for the next 5 to 10 years.

After a long period of divergence, there have now been several decades of convergence reinforced by a more rapid growth in the emerging markets in term of GDP per capita and by a lack of acceleration in the advanced countries.

But it is difficult to explain how the growth processes in the advanced countries and the emerging markets are linked or de-linked. The fact that the emerging markets have gained much weight in the world economy, does not mean that there will be de-coupling of growth in the coming years. If the advanced markets experience a more serious slowdown than what is currently projected, with growth averaging less than 1.5 percent in the 2008-2009 period, the consequences will be severe also for the emerging markets. Pr. Olivier Blanchard reminds this point in: “The Initial Impact of the Crisis on Emerging Market Countries” – Brookings Paper on Economic Activity – Brookings Institution Press, Spring 2010 – “One of the striking characteristics of the financial crisis that originated in the United States is how quickly and how broadly it spread to the rest of the world. When the crisis intensified, first in the United States and then in Europe, in the fall of 2008, emerging market countries thought they might escape more or less unharmed. There was talk of decoupling. This was not to be.” There is a decoupling if we look at the trends, but if the cyclical components are taken in account, there is a very strong coupling.

Dr. Kemal Dervis has two main explanations to this phenomenon:
– Technology which works for convergence and no longer for divergence
– High savings rates

He explains this phenomenon is due to the fact that the emerging countries managed to build effective institutions which were capable of absorbing technology. However, in this sense, Dervis says how important it is to distinguish Asian development (with a forecast growth of 8% over the next five years) from other emerging countries (4.5%). He also shows the importance that ‘saving’ has for these countries. In the last decade, emerging countries in Asia have saved about 37% of their GDP – figures for China are above 44% – which inevitably makes them less vulnerable and less dependent on foreign finances. The Asian economies did very well.

Dr. Kemal Dervis draws also the audience’s attention to the role of the financial sector in the events of the last two decades. Over this period capitalism in the rich countries has increasingly changed its nature from one where the lead sector was manufacturing, to one where the role of traditional industries has declined, the share of services has increased and the financial sector is playing a leading role.
Emerging market economies as a group have done remarkably well but there are differences across emerging market economies in 2009. Some of them did rather well; some of them were hit very hard (Greece – Irlande for example). The European countries were hit very hard as they were more exposed to foreign banks.

Although the economies are still tied to each other, a slight dissociation has been produced in the world. While western powers struggle to overcome the crisis, the growth forecasts for the emerging countries are, however, positive.

Emerging markets economies are becoming more important players in the world economy and maturing rather rapidly. In term of trends Dr. Kemal Dervis says it’s good news and explains the role of development cooperation and organizations in term of perspectives. 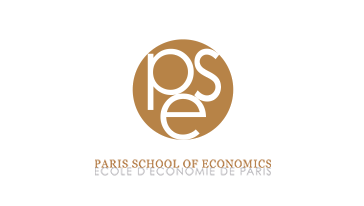