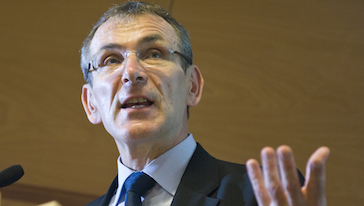 Andris Piebalgs explained that development goes much further than our natural instinct to help others in need. The aid Europeans give is not a panacea, but it can be a catalyst for change. Our development policy must be about the long-term response to global threats, because we cannot look at migration, climate change, security, and trade without facing what is often the at the heart of such problems: poverty - said Piebalgs.

Hungary through its transition already gained a lot of experience that it can share with the developing world. Piebalgs also brought up a new Hungarian initiative, the Africa-Europe Challenge as a good example.

Andris Piebalgs emphasized that we need to change our habit of giving the aid only when the country to support is already in a crisis. Also, when an aid is promised, it has to be transferred accordingly, and we cannot deny it because of our difficulties emerging in the meantime.

He was happy that the Hungarian government has agreed to monitor compliance with aid commitments when they hold the EU presidency in 2011.

Piebalgs talked about how aid from EC have helped people around the world. He also brought up numbers to support these successful programs. But, beside the aid, the development policy also has to be smarter by focusing on those areas where we have a real advantage in acting at EU level. Also, it must ensure that every penny we spend has a genuine effect.

For this sustainable and inclusive growth has to be supported in the partner countries as evidence suggests that a 1% increase in GDP will be far more effective in reducing poverty than an equivalent increase in aid. Europe is aiming for the same goal. The EC recently launched our 2020 strategy for inclusive, smart and sustainable growth. The Union’s development policy only mirrors what we want for our own citizens.

He outlined several factors which should be at the heart of our objective of putting high impact aid into practice over the next decade. He emphasized that without good governance, the effects of aid are limited.

Also, since their impact is tremendous, EU, and also international policies on matters such as trade and migration should also support development policy.

He strongly believes that if the Commission and EU Member States coordinate and consult each other on our aid intentions, a much better value for our aid money.

Also, as the developing world is expected to be one of the main drivers of global population growth over the next decades, the challenge this presents in terms of ensuring sustainable development is considerable. Many areas in the developing world represent ideal places to foster renewable energy, whether through hydro, or solar power. By investing in local, competitive, renewable energy, it would be possible to skip a generation in technology terms, and avoid the need to construct expensive power grids, which can account for 50% or more of a typical electricity bill.

Andris Piebalgs closed his speech mentioning that his services are also in the process of producing a consultation paper on modernising development policy which will go online in November later this year. He looks forward to receiving comments and suggestions from across Europe and invited also the audience to take part. 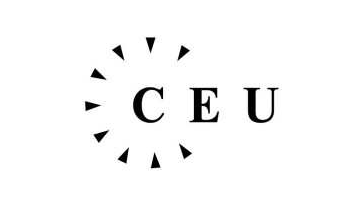