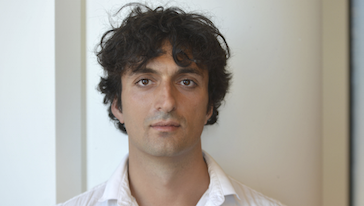 Mark Graham is an Associate Professor and Senior Research Fellow at the OII, a Research Fellow at Green Templeton College, and an Associate in the University of Oxford’s School of Geography and the Environment. He has published articles in major geography, communications, and urban studies journals, and his work has been covered by the Economist, the BBC, the Washington Post, CNN, the Guardian, and many other newspapers and magazines. He is an editorial board member of Information, Communication, and Society, Geo:Geography, Environment and Planning A, and Big Data & Society. He is also a member of DFID’s Digital Advisory Panel and the ESRC’s Peer Review College. In 2014, he was awarded a European Research Council Starting Grant to lead a team to study ‘knowledge economies’ in Sub-Saharan Africa over five years. This will entail looking at the geographies of information production, low-end (virtual labour and microwork) knowledge work, and high-end (innovation hubs and bespoke information services) knowledge work in fifteen African cities. 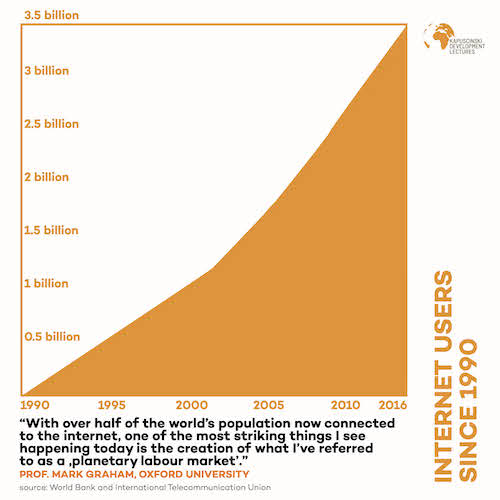 This isn’t an argument for a blind faith in ‘development’. But rather an argument in favour of sharing wealth and resources. If we acknowledge that luck, due to the geographic lottery, plays a massive role in how long we live, whether our children survive childbirth, our odds of surviving disease, and our chance of finding a rewarding and decent profession, then it isn’t good enough to be satisfied with the current scale of global inequalities. Because of the luck that those of us in the Global North were born with, we have a responsibility to develop and support structures and systems that facilitate global sharing.

With over half of the world’s population now connected to the internet, one of the most striking things I see happening today is the creation of what I’ve referred to as a ‘planetary labour market‘. Millions of workers from around the world are escaping some of the constraints of their local labour markets and competing for the same jobs. This has enormous implications for workers in parts of the world where jobs are scarce. However, the sheer scale of what is happening brings with it concerns about a massive global over-supply of labour power, and a consequent race to the bottom in terms of wages and working conditions. 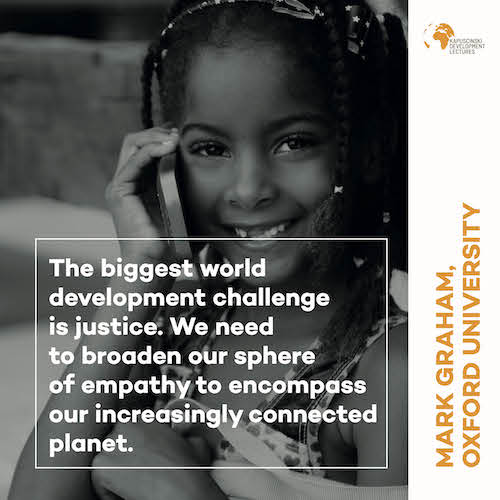