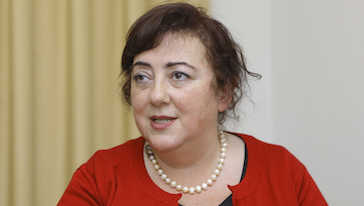 Shahrbanou Tadjbakhsh is the top expert in human security. She leads the Specialization on Human Security at the Master’s of Public Affairs (MPA) at the Institute of Political Studies (Sciences Po) in Paris and is also a research associate with the Peace Research Institute Oslo (PRIO) working on regional security complexes around Afghanistan. She is co-author of Human Security: Concepts and Implications (Routledge, 2007) and editor of the book Rethinking the Liberal Peace: External Models and Local Alternatives (Routledge 2011) as well as the author of numerous other books and articles on human security, Afghanistan, Central Asia and human development issues. Between 2004 and 2008, she founded the online Journal of Human Security/ la revue de Sécurité Humaine at Sciences Po. She has worked with the Human Security Unit at the UNOCHA in developing a manual for development practitioners in designing, implementing and evaluating projects using the human security angle and has trained government officials and UN staff in regional workshops in Africa and Asia.

Shahrbanou Tadjbakhsh, leading expert on human security discussed the role of human security in development at the Kapuscinski development lecture in Riga hosted by the University of Latvia and the Stockholm School of Economics in Riga.

Much in the same way that Amartya Sen introduced ethics into economics, Mahbub Ul Haq and his team posited in the 1994 Human Development Report (HDR), that “security”, until then associated with the prerogative of states in realist international relations and political science theories, should be seen from the point of view of people. The best way to achieve security (both at the global, national and societal levels), they argued, is to increase that of people. In the 1994 HDR, Human Security was broadly defined as “freedom from fear and freedom from want” and characterized as “safety from chronic threats such as hunger, disease, and repression as well as protection from sudden and harmful disruptions in the patterns of daily life – whether in homes, in jobs or in communities” (UNDP, 1994). Since then, a healthy debate has been raging both in academia and in policy circles around definitions of Human Security. Some focus on a narrow definition of “freedom from fear” that concentrates on safety from physical violence and threats, while others defend a broader definition that also refers to threats to livelihood (“freedom from want”) and indignities (“freedom to live in dignity”).

Interest in Human Security has been pursued in at least two different fields: When discussed in the context of international or national security, Human Security is juxtaposed with state-centered paradigms of security by proposing a people-centered answer to the questions of whose security (that of people in addition to states), security from what (from non-traditional sources, direct and indirect sources of violence, including structural violence) and security by what means (through development and human rights intervention, in addition to policing and military). When discussed in the context of development, Human Security refers to the assurance that the process and outcome of development is risk-free. It draws attention not just to levels of achievement, but to securing gains made by deliberately focusing on “downside risks”, such as conflicts, wars, economic fluctuations, natural disasters, extreme impoverishment, environmental pollution, ill health, and other menaces.

This Kapuscinski development lecture on human security was delivered by Shahrbanou Tadjbakhsh, who has been teaching this subject at Columbia University and at the Institute of Political Sciences (Sciences Po) in Paris for over a decade and has developed a comprehensive textbook for students and worked with the Human Security Unit at the UN on a guidebook for practitioners.

The lecture covered the following: 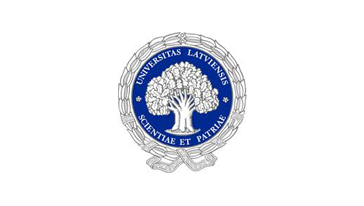