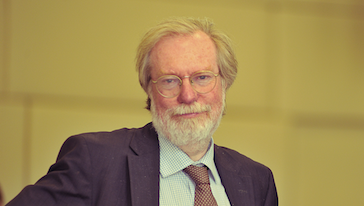 Prof. Paul Collier is the Director of the Centre for the Study of African Economies at the Oxford University. Collier is the world-renown expert on development issues, especially focusing on Africa, the author of numerous books and articles, including “The Bottom Billion”, “Wars, Guns and Votes” and “The Plundered Planet: How to Reconcile Prosperity With Nature. Collier has worked as a consultant to the International Monetary Fund and the World Bank, to the British government and columnist to the New York Times, Wall Street Journal and Washington Post. His major areas of interest include governance in low-income countries, especially the political economy of democracy, economic growth in Africa, economics of civil war, aid, globalisation and poverty.

After introductory remarks and welcoming words by Mr. Daniel Hanspach (UNDP), Ms Brigitte Luggin (EC) and Ms. Dana Zadrazilova (UEP), Professor Collier, referring to his book “The Bottom Billion”, continued with his, below-summarized account of problems poor countries in Africa have been facing.

About 50 countries basically stagnated from around the 1970s to the new millennium. As a result they diverged from the rest of the mankind. Forty years ago the world was divided into one billion lucky people in rich country and a five billion people in developing countries. Since then the world has fundamentally changed. Most of that five billion have been developing at a pace that has no historical precedent and they have been converging fast with the lucky billion. We are now in the world with one billion at the bottom, one billion at the top and four billion converging. Even though some of the people from the converging four billion are nearly as poor as the bottom billion, there is a fundamental difference and that difference is one word: Hope. Poor people from the bottom billion do not have a credible hope that their children will grow up in a different environment.

The challenge of development is thus to get the bottom billion to catch up with everybody else. The challenge is not to reduce poverty of the bottom billion, the goal has to be to replace divergence by convergence. Convergence means moving from stagnation to really rapid growth. Why should we meet that challenge? It is a mixture of compassion and enlightened self-interest. In a globalized world, having a continent so close to Europe, in which hundreds of millions are living without credible hope, is a potential nightmare.

First, we need some sort of diagnosis why the countries of bottom billion missed out on prosperity. But there is no single diagnosis, there is no big single explanation. Professor Collier sees several major difficulties, so-called traps. One is natural resources. It is a paradox that these countries have very valuable natural resources, but instead of being a platform for prosperity the fight for control over the natural resources has soured the political process and led to stagnation (e.g. oil in Nigeria) or even destruction (e.g. diamonds in Sierra Leone).

Another trap is being landlocked. If you are landlocked, it is your neighbours that matter. If you are landlocked with bad neighbours, that is a nightmare. Look at the neighbourhood of Uganda. Not only the neighbours are not growing enough to provide a market, but Uganda does not even have a reliable access to the sea as Kenyan government has not invested into roads and railways to provide such an access. Uganda is therefore in a lock caused by its neighbours. That denies Uganda a lots of development opportunities. Only one percent of the developing world outside Africa live in countries that are landlocked and do not have valuable resources. In Africa it is about 30 %. It is a historical legacy of dysfunctional political fragmentation. Third trap involves violent conflicts. Civil wars are highly persistent. The main legacy of civil wars is a high risk of another civil war.

There is a very limited scope for international solutions to these problems. Societies in the end have to save themselves. We cannot save Africa, Africa will save Africa. There is a real struggle going on throughout Africa between people fighting for change and people trying to preserve their own self-interests and status quo. We are outsiders, we are marginal players but we have a responsibility to do what we can. One, we should focus down on the real problem. We have limited resources and we should focus on countries that need it most. Secondly, we should broaden the array of policies we use – it is not just about our money. Aid is part of the solution, not part of the problem, but a relatively minor part of the solution. We forget that we have many other policies that affect the development process.

Lot of societies in Africa have to go through similar transformation the Czech Republic did. In addition to money the European Union offered integration into trade when assisting transformation in Eastern Europe. Trade policy, open market is fundamental to shaping the opportunities Africa faces as well. Europe’s scheme for Africa until very recently was the Everything but Arms. This scheme does not compare very well to America’s scheme called the African Growth and Opportunity Act. Nevertheless, now the European policy has been changing.

Trade policy can help Africa to diversify from a narrow range of primary commodities and break into the global markets the way Asia did. It is much harder for Africa to do it than for Asia to do it because Asia is now an established low-wage producer. The growth of Asia was so explosive thanks to producing clusters of manufacturers. Our trade policy can offset the disadvantage of being the pioneer firm in Africa. Once you get producing clusters they can be competitive. Thus Africa needs a privileged access to our markets, privileged vis-à-vis the established low-wage producers. That is what the American scheme has offered even though it works only in one narrow dimension – garments. Trade policy opens or closes off opportunities to get out of the traditional focus on commodities and agriculture.

Countries from Eastern Europe also benefited from rules of political and economic governance set by the European Community. With clear rules the transition process is faster and more secure, and there is less room for policy reversals. Without clear rules of governance the policy improvements in Africa have been slower and more prone to reversal. As a result there has been a much less credible environment. And credibility matters because that brings investments. Aid, plus trade, plus governance, is the minimum package that Europe can use for Africa. The international community, including Europe, should link its assessment of conduct in political election (governance) to its effort in trade policy and aid, i.e. set some minimum conditions of accountability,.

The global crisis has affected Africa through several transition mechanisms, the fastest being the falling commodity prices and falling demand for commodities. As commodity exports were the main source of revenues for African governments, the short-term fall in prices and quantities hit government revenues very hard. That has been supplemented by lower remittances sent back home by Africans working abroad. With contracting labour markets in Europe and America the African immigrants lose their jobs. And now even the aid is falling. This will be to a small extent offset by new entrants of aid (e.g. the Czech Republic or South Korea).

The final hit to Africa has been through investors’ perception of risk. We are witnessing a much heightened aversion to risk. This can be seen mainly on letters of credit (to finance exports) as they dried out specifically for Africa. Africa is perceived as the riskiest region in the world. The legacy effect of the global crisis in Africa will be this risk aversion that might persist for years and might result in reduced investment flows for Africa. Foreign investments to resource extraction will continue but this will lead to increased structural dependence of Africa on resource extraction. Investments for diversification will be very hard to get and fundamental reason for divergence is that Africais not investing enough.

Fruitful discussion that followed included experience and views of Africans from the audience (incl. the Ambassador of South Africa), and such topics as the role of NGOs and the role of China in Africa. 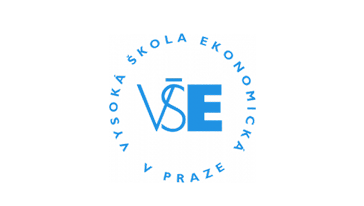