While heads of states gather in New York City for the UN summit Kapuscinski lectures invite you to an event in at the Columbia University with Esther Duflo, Jose Antonio Ocampo, Andris Piebalgs, Helen Clark on post 2015 development agenda and effective anti-poverty strategies.

As the end of the Millennium Development Goals (MDGs) approaches, it is important to evaluate and plan for the future vision. Although the MDGs have been generally successful and some goals have been met, such as halving extreme poverty, there are still many lessons to be learned. Economic development, decent work and job opportunities, inequality and sustainable development will be high on the post-2015 development agenda. Organized jointly by the European Commission (EC), the United Nations Development Programme (UNDP), Columbia University’s School of International and Public Affairs (SIPA), and in partnership with Devex and the Global Association Masters in Development Practice, José Antonio Ocampo, Professor and Director of Economic and Political Development Concentration at Columbia SIPA, and Esther Duflo, Professor of Poverty Alleviation and Development Economics at MIT, discussed effective policies in poverty reduction beyond the Millennium Development Goals, as part of the Kapuscinski Development Lecture Series.

John Coatsworth, provost of Columbia University, opened the lecture and noted this was the first to be held outside of Europe.

Andris Piebalgs, European Commission, stated that the goal of Kapuscinski development lectures series is to discuss the post-2015 MDGs and to shape the development debate in the years to come. The European Union is committed to poverty eradication and provides an example for social and economic development that allows dignity for citizens. It is crucial that no one suffers from a lack of access to housing, water, education and health, but also to jobs, justice, institutional access and dignity. Mr. Piebalgs indicated that the EU could provide policy coherence for the post-2015 MDG discussion. He added that development “used to be solely based on how much money was being spent on aid, but now we are shifting to a focus on outcomes and outputs and the success of development.”

Helen Clark, UNDP, thanked the European Commission for their strong partnership around the world and the work with EU accession members and future members. For the post-2015 MDGs, “over a million respondents took part in the World Survey and Global Debate, showing an appetite and interest in engaging in the debate.” Many voices were heard, including the young, indigenous people, women, people with disabilities, displaced persons, and LBGT. People want their governments to be honest and responsible and their leaders to be more ambitious in current topics such health and education. They want to expand to new areas such as addressing increasing urbanization, energy, inequality, marginalization, decent work, and sustainable development that does not push growth at any price if destructive.

In his speech, Professor Ocampo addressed post-2015 macro issues, highlighting that the current debate has been highly participatory by including not only states, but also civil society, the private sector, foundations and academia. He stated that the MDGs have been successful because they are concise, human-oriented, visible, useful for advocacy and design of development strategies, backed by significant institutions and measurable, which represents a huge improvement in the monitoring of UN goals from the past. On the other hand, the major criticisms of the MDGs have been the high centralization of defining goals and targets viewed as donor-centric. There was a lack of participation by member states and no economic issues were addressed, such as productive and decent employment. The goals also included incomplete targets in many areas, for instance gender and environment and many were irrelevant to middle-income countries.

The vision of the post-2015 MDGs has been headed by a UN Task Force and has been based on the fundamental principles of respect for human rights and equality. A high level panel summed up the ambition, “our vision and responsibility are to end extreme poverty in all its forms in the context of sustainable development.” Professor Ocampo pointed out that extreme poverty is not the only issue at the center, but also inequality between and within nations. He called for adopting a universal agenda, applicable to both developing and developed countries. As a result, developed countries need to address their own domestic challenges related to unemployment and inequality and also assist developing countries. The agenda also needs to leave “ample space for national policy design as it’s important to build ownership of strategies”. Goals should be few, practical and measurable.

Professor Ocampo sees the main issues on the table as figuring out what GDP means and implies, including future economic development, addressing inequality, increasing social services and changing the rules for global finance and trade. “Domestic inequality, primarily income inequality, is the most important issue in high and middle-income countries, and 60% of the world in the beginning of the 21st century continue to live in nations where income inequality is increasing.” He views inclusive development as having four ingredients: productive employment, universal social services, redesigned care economy and redistributive fiscal policies.

While peace and good domestic governance are difficult to measure, they are a core element of well-being. The broader UN agenda has linked peace and security to sustainable development; but because there are no specific goals, a framework is needed in order to improve peace and good governance.

Esther Duflo, MIT, gave a presentation on making poverty reduction effective and defining the new role of international assistance. She began her talk by breaking down the two perspectives on foreign aid, the optimist and the pessimist. While many think aid can eradicate poverty, others believe aid is useless or worse. Professor Duflo stressed that broad sweeping statements cannot apply from country to country and we need a more modest objective, because eliminating poverty is a very broad goal. Since poverty is not going to go away with one approach, she suggested “experimentation and imagination.” Currently, policy makers lack imagination and are prisoners of ambition, as they promise too much and want to solve the problem all at once. This is not only a problem of aid, developing country’s governments often have the same mindset and challenges.

Professor Duflo stated that aid has traditionally filled a gap in financing, such as building bridges, or other infrastructure projects. But she pointed out that money is fungible and will reduce return to further public and private domains. She predicts, “Aid will eventually become irrelevant” unless a venture capital approach is implemented. Capital could finance investment in new technologies and new approaches to development. She further outlined 3 stages for this: basic research, making products market ready, and scaling-up and diffusion. Such capital is lacking in the development sector, even if there is potential market. The Acumen Fund and the Omidyar Foundation demonstrate how this can work. Ideas in development have huge social value, but many might not have a market yet. Therefore, markets need to be developed and linked to social programs and redistribution.

Professor Duflo urged the audience to stop to thinking of aid as providing things and technical knowledge and to get away from the mindset of “you don’t know, we know.” To illustrate this point, she provided results of her studies in improving educational quality in India. In many countries, including India, learning levels in schools have actually reduced because current MDGs only target enrollment and equality between genders. By focusing on the children lagging behind,

low-paid employee came to schools and provided weekly remedial classes.  Even though the evaluation showed large increase in test scores and evolved to become Read India, attendance and school commitment to the program still lagged. Through a series of experiments in different states,

Professor Duflo and her team finally found a system that works with the government. She added, “the system does not come out of anyone’s hat, it needed time and money and experimentation.”

Her message was that aid must become a venture capital model for development innovation so it does not become obsolete. It is important to facilitate research, promote replication and scaling up, and foster a culture of learning in governments to support their own growth.At the end, Professor Duflo stated that “Agencies are not ready to accept failure and risk yet, but the mindset will need to shift. I’m not sure if can be done, but it is worth trying and necessary to be optimistic. An excellent start will be if even a small amount of money can be set aside for experimentation and see the results. There is movement in this area. USAID, for example, has an innovation fund…there is now the Global Idea, which the UK and Sweden have supported, to expand innovation. It is just a matter of pushing it along.” 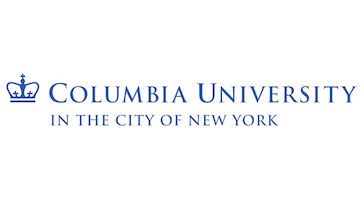 Columbia University
Esther Duflo is the Abdul Latif Jameel Professor of Poverty Alleviation and Development Economics in the Department of Economics at the Massachusetts Institute of Technology and a founder and director of the Jameel Poverty Action Lab (J-PAL). Her research focuses on microeconomic issues in developing countries, including household behavior, education, access to finance, health and policy evaluation. Duflo is the co-author of the bestseller "Poor Economics: A Radical Rethinking of the Way to Fight Global Poverty" book for which she received the Financial Times and Goldman Sachs Business Book of the Year Award (with Abhijit Banerjee). Duflo is a member of the President Barack Obama’s Global Development Council. She serves as the founding editor of the American Economic Journal: Applied Economics. 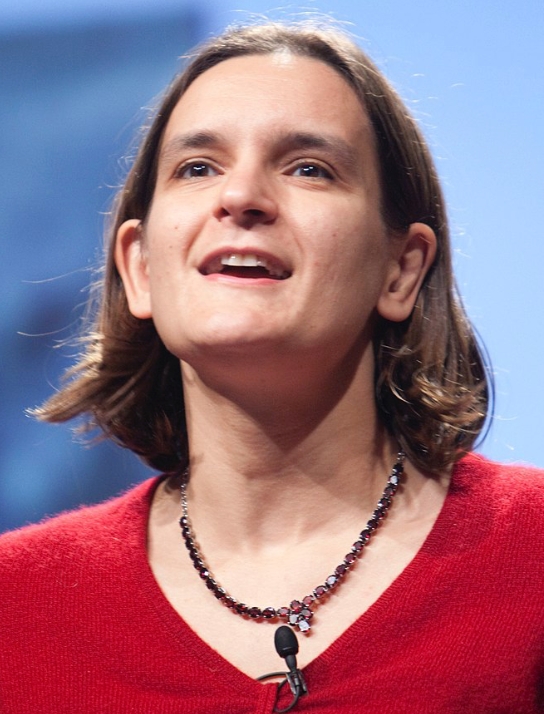