Bringing production back to development

Production – or, more precisely the transformation of productive structure and capabilities – used to be at the heart of the debate on economic development. However, the issue of production has almost disappeared from the development discourse in the last few decades and development has become almost synonymous with poverty reduction. Join debate on 27th April at 6:00 pm CET live at https://kapuscinskilectures.eu/.

European Year for Development 2015
Ha-Joon Chang teaches economics at the University of Cambridge. In addition to numerous journal articles and book chapters, he has published 15 authored books (four co-authored) and 10 edited books. His main books include The Political Economy of Industrial Policy, Kicking Away the Ladder, Bad Samaritans, 23 Things They Don’t Tell You About Capitalism, and Economics: The User’s Guide. His writings have been translated and published in 36 languages and 39 countries. Worldwide, his books have sold around 1.8 million copies. He is the winner of the 2003 Gunnar Myrdal Prize and the 2005 Wassily Leontief Prize. He was ranked no. 9 in the Prospect magazine’s World Thinkers 2014 poll. 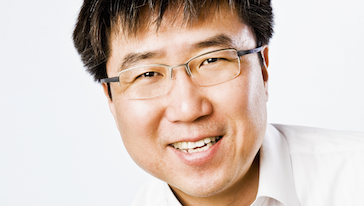